Prepping for the Big Pitch

The countdown has begun! We’re getting closer to the day $2 million in follow-on funding is invested into a select few startups from cohort 4.

Registration is open for Luminate Finals 2021, presented by The Optical Society (OSA). Join us to see which groundbreaking technologies take home the big checks, vote for your favorite startup, and listen to a panel discussion on diversity and inclusion in entrepreneurship with distinguished women in science and investment, including Susan Houde-Walter and Dr. Manjari Chandran-Ramesh. Plus, stick around to hear how your startup can apply to be part of cohort 5.

Of course, all work and no play isn’t the Luminate way. This week, cohort 4 teams visited us from around the U.S. to pitch to Excell Partners and then relax while taking in some of Rochester’s favorite spots ⁠— Genesee Brew House, Dinosaur Bar-B-Que, and Radio Social. Good drinks, good eats, and fun times.

Startups are notoriously strapped for cash and time. When they’re ready for sales, they need a strategy for attracting and nurturing leads that doesn’t break the bank and makes the most of stretched bandwidths.

Cohort 4 startups recently participated in a workshop with Holly Barrett and Kate Leonard, Marketing Director and Digital Marketing Manager respectively at NextCorps. Before giving tips for developing “lead magnets” (offers like webinars and white papers that share expertise, build reputation, and demonstrate value), Holly and Kate focused on the importance of messaging that resonates with a startup’s audience and where they are in the customer journey.

“Remember that it’s not about you. It’s about who your customer aspires to be,” said Holly. “Purchase decisions are rarely based on logic. They’re driven by emotions. Because, at the end of the day, we’re all humans with a need to belong and to feel accepted and secure.”

Holly walked through the 4-square approach to developing audience-centric messages. Before launching a campaign, take your messages and document answers to the following four questions. This will help you uncover hidden obstacles so that you can refine your messaging accordingly:

Solid messaging lays the foundation for strong lead gen campaigns. Kate and Holly talked through how to identify a “big idea” that drives a content strategy, allowing brands to “slice and dice” cornerstone content across multiple marketing tactics so the brand shows up consistently.

“Coming up with a ‘big idea’ can be as simple as asking, ‘How can I be helpful?’ Just like we remember the people who help us, we remember the brands and companies that make our lives easier,” said Kate.

Other takeaways from the lead generation seminar:

GET TO KNOW COHORT 4

“Any car that’s equipped with our sensors and edge processing will have a heads up that a crash is imminent, and the intelligence to deploy countermeasures to save lives and reduce injuries.”
Paul Drysch, Co-Founder and CEO 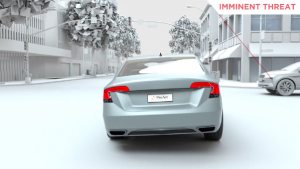 Despite advances in automotive safety technology, the number of car crashes, injuries, and deaths increase every year. While car crashes may be inevitable, injuries and deaths from those crashes shouldn’t be. In fact, a study from the National Highway Traffic Safety Administration found that if one could predict a collision a quarter of a second before the actual crash, they could prevent up to 80 percent of all injuries and deaths, just by using airbags and seat belts designed to respond upon warning.

Paul Drysch, Co-Founder and CEO of PreAct Technologies, shares how his team aims to radically transform vehicle safety through technology that takes life-saving action before an imminent crash happens.

Get to know PreAct Technologies.

“I realized the disadvantages of inertial sensors and knew there must be a better way to do things… Our sensors enable autonomous vehicle navigation accuracy, use 10x less power, and are up to 30x cheaper and 50x smaller.”
Kazem Zandi, PhD, Founder and CEO 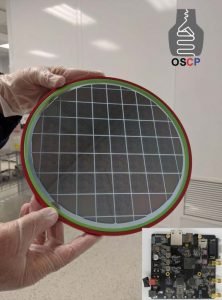 For industrial drones, self-driving cars, and other autonomous vehicles, optical motion sensors on the market today leave much to be desired. Some solutions fail to provide reliable positional accuracy that’s crucial to safe operation, while others hit target accuracy but are bulky and expensive.

Get to know OSCP.

QUOTES OF THE MONTH

This has been our favorite accelerator and that is not just lip service.” 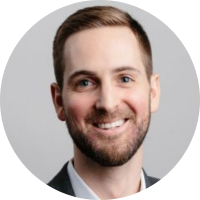 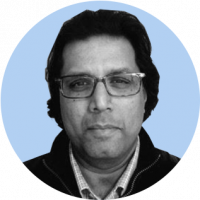 Luminate has been fantastic for us.”

We salute innovation. Bounce Imaging (cohort 1) is one of five companies selected by the U.S. Army to develop artificial intelligence and robotic technology prototyping projects.

Absolutely brilliant! Two startups from cohort 2, Circle Optics and Organic Robotics Corporation, are among 13 semi-finalists in the fifth round of the GENIUS NY competition.

P.S. Circle Optics is closing a round on July 30. Reach out to COO Ian Gauger to learn more and invest.

Spotlight on Dynocardia: Changing the Way We Measure and Manage Blood Pressure

Cuff-based devices, which have been used for more than a century to measure blood pressure, are largely inaccurate. Even if you manage to get an accurate reading, cuffs cannot provide continuous measurement of a vital sign that changes significantly throughout the day. Cohort 4 startup Dynocardia came up with a fundamentally different way to measure blood pressure and built a wrist wearable for accurate, continuous BP monitoring. Watch the video interview with Dynocardia’s Founder and CEO, Dr. Mohan Thanikachalam.

High-tech greenhouses — the only way to grow fruits and vegetables without pesticides, herbicides, and fungicides — are evolving quickly. While many companies are focused on advancing greenhouses through automation and robotics, few are addressing energy use and sustainability. Cohort 4 startup Infrascreen is working to make greenhouses more green, so fruits and veggies are better for people and the planet. Watch the video interview with Infrascreen’s Co-Founder and CEO, Henri de Lalande.

See You Next Month!