“I saw real potential in leveraging technology from the $480 billion semiconductor industry and putting it together with optics manufacturing.”

Nearly all market sectors can benefit from faster, more cost-effective optics. Custom optics often require months-long lead times and high costs, which makes them inaccessible to some companies and slows product development and research progress for others.

What problem is Momentum Optics addressing?

[JG] We’re developing advanced manufacturing tools for the optics industry. Specifically, we’re making a smart manufacturing tool that can combine many expensive tools and processes into one, and that allows us to address three main problems in optics manufacturing: high cost, long lead times, and the inherent challenges of creating complex, innovative optics.

For a small optical lens or component, the material costs might only be a few dollars. But once you start shaping that with high precision and low surface roughness, then all of a sudden that little component could potentially become thousands of dollars. There’s a lot of manual movement of parts between machines; it’s laborious and requires highly skilled technicians, so long lead times are another challenge. We’re trying to shorten that process so that instead of waiting six to eight weeks, someone could get custom optics in days. And finally, it’s difficult to fabricate custom optics with traditional tools, especially some of the most promising optics out there — the free forms, micro lens arrays, and phase masks that are needed for tomorrow’s innovative products.

How big is the demand for custom optics?

[JG] I’m receiving requests for micro lens arrays from everyone from billion dollar companies to startups. There’s a definite need that’s not being met. Small optics are all around us, in AR glasses and smartphones to miniature endoscopes and so on.

We’re working with four beta customers and we also occasionally get requests from advisors and professors for custom optics for new applications. They’ll say, “This part is being made with plastic but it really ought to be made out of glass,” or “I’m working on this project and I might need something.” People hear things through journal articles or public announcements of a grant that we’ve won, so they just reach out. It speaks to the need that’s out there to have all of these unsolicited engagements. 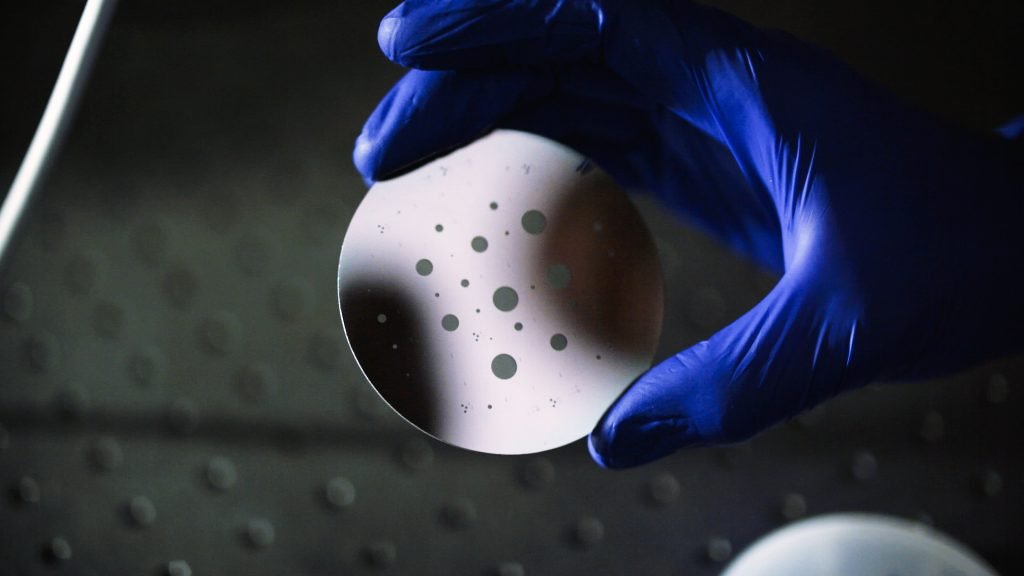 How did Momentum Optics get started?

[JG] The idea for Momentum Optics came from a combination of my dissertation in optics and my industry experience. If you take optics processing and semiconductor processing and you put them together, the nexus is Momentum Optics’ technology. I saw real potential in leveraging technology from the $480 billion semiconductor industry and putting it together with optics manufacturing, particularly with laser processing.

Back in grad school, I worked at an entrepreneur center, and that’s when I first thought about running my own company. Being able to have an impact on the world as an entrepreneur, creating something and having ownership over its path — all of that really appealed to me. I started working on Momentum Optics full-time in 2019. I pitched the idea to NSF and secured our first SBIR grant, filed a couple of patents, and it’s taken off from there.

What has helped advance Momentum Optics?

[JG] The most helpful thing for our company has probably been networking, including with the teams and people in Luminate. It’s also been helpful to have connections to two optics hubs. I’m in Colorado fortuitously because my wife’s family is all in Colorado, and we struck a deal that if I started a company we would move here. I also have connections to Rochester, NY. Aside from Luminate, we had an intern there, we have consultants there, and we’re purchasing materials from some optics suppliers in the region.

Where do you hope to see Momentum Optics in the future? 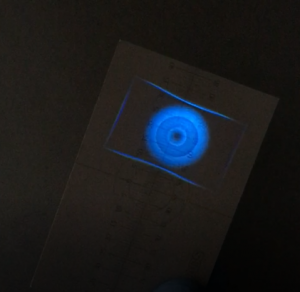 [JG] We’re trying to have a bigger footprint in both Rochester and Colorado. We’re developing a deep technology, so it’s going to take some time for that to mature. We’re going to be working primarily in rapid prototyping, but I think we can grow as a company by moving into high-volume markets, where most manufacturing is primarily done in China, Taiwan, and other Asian countries. With our technology, we can automate many processes and still compete with markets that have low-cost labor. We can become a billion-dollar optics company in the United States. This technology is based on semiconductor processing technology, and there are lots of foundries here in the States. They’ve shown that this works, that you can do large manufacturing projects here and be highly profitable.

Any advice for other startups or entrepreneurs?

[JG] If you’re thinking about starting a business, make sure there’s a good market fit. You need to not only know that there’s an audience but that they are willing to pay for what you’re offering. And then make sure that you’re doing something much better than your competition. You’re not going to win the supply chain battle, so you have to be more than incrementally better. And then you have to enjoy it, because it’s a lot of hours. If your motivation is entirely based on an anticipated payout, you’re going to bail as soon as things look bad. But if you love it and there’s still a glimmer of success out there, then you’re going to pursue it.