Be Helpful and You’ll Be Remembered, and Other Tips from Our Special Events and Marketing Consultant

Get to Know Sandy Sloane 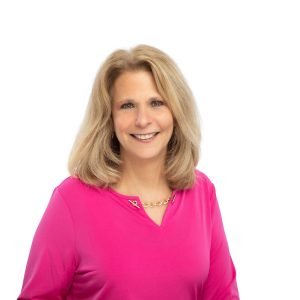 Who says an accelerator is all work and no play? From the day we announce our cohort members to the investing of millions in follow-on funding at the end of their time in the program, there are many causes for celebration at Luminate. If you’ve attended our Lightning Rounds to see which startups make it in, or our Finals Day events to watch the awarding of the big checks, you’ve seen the hard work of Sandy Sloane, our Special Events and Marketing Consultant. (And that doesn’t include the networking opportunities, fast pitch events, and fun get-togethers that happen for our cohort teams in between!)

As many of our events have moved to the virtual stage over the past year, Sandy has masterfully shifted gears and reached new, international audiences to showcase our startups — another feather in the cap of an events guru whose prior experience includes concerts with country music stars, the Macy’s Thanksgiving Day Parade, and work with Comcast, Walt Disney World, Burger King, Maxwell House, and other blue chip clients.

In addition to her consulting work with Luminate, Sandy offers seminars around interpersonal skills, team building, effective communication, and other areas of professional development, while also volunteering with various nonprofits. Her network is enormous, and it was earned through years of being helpful, giving graciously, and living by her mantra: “If someone doesn’t have a smile, give them one of yours.”

Here’s a closer look at Sandy’s path to Luminate, and her tips for making an impact with whatever story you have to tell.

What led you to Luminate?

[SS] I originally connected with Luminate through [Managing Director] Sujatha’s involvement with the National Women’s Hall of Fame. I met Sujatha in 2017 at a dinner for a mutual friend. The PR agency she was working with on the induction called a few days before the dinner to back out of their commitment. Before the end of that dinner, I connected her with a journalist who agreed to do a column on the event. I wound up helping with the press that year and later producing the 2019 induction weekend, which happened during the 100th anniversary of the ratification of the 19th amendment. I coordinated the press, the speakers, the entertainment, the food… a million moving parts. And I continue to help the Hall with PR today.

Because of that experience, Sujatha asked me to work with Luminate during the first year of the accelerator. I was hired in a consultancy capacity to pitch in across a variety of areas as the team was taking shape. I helped with onboarding the first cohort of startups, coordinating the first networking and fast pitch events, and planning the first Finals Day.

What sparked your interest in event planning?

[SS] My mother had a fabulous knack for parties. When I was a little kid, she would plan Valentine’s themed birthday parties for me, and Halloween themed parties for my sister. Other kids were always so excited and wanted invitations, because they were like special events. I learned the value of making things thematic. It becomes more than just another party — it’s fun, creative, and memorable.

I’m an occupational therapist by education, specializing in psychiatric disabilities. I realized halfway through my time at Tufts that it wasn’t for me, but I got my degree and worked as an OT for a few years. After I stopped practicing, the Multiple Sclerosis Society in Beverly Hills was looking specifically for someone comfortable working with people with disabilities. I was hired as the Director of Special Events.

You’ve supported many high-profile events. Are there any moments that stand out for you?

[SS] When I was the Director of Marketing and Public Relations at WQHT FM in New York City, we executed a history-making dial switch. It was the first time in the U.S. that a radio station had switched frequencies. We needed a way for people to visualize this, so I came up with the idea of revealing the letters Wheel-of-Fortune style. We had a Broadway production company build a set and we actually hired Vanna White to change the letters from “HOT 103 FM” to “HOT 97 FM.”

Some time before that, I was contracting with Strohs Beer to get publicity for their sponsored “Run for Liberty,” a road race for the restoration of the Statue of Liberty that people were participating in across 122 cities. I dressed up as the Statue of Liberty and went to the mall in downtown Denver, and the TV stations came out to cover it! Just one example of how being a little crazy can get people talking.

Luminate is quite different from your other clients. What do you enjoy most about working with the accelerator?

[SS] I love seeing the potential in all the startups we support, and understanding why founders started their companies. For instance, Felix Kim with OVITZ — it was inspiring to hear that he developed his technology because his sister suffered from corneal disease. It was more than identifying a hole in the market. He took a negative experience and turned it into a positive, for very personal reasons.

What mistakes do you often see startups make?

[SS] Startups make the same mistakes a lot of people make. For one thing, it’s always a mistake to dismiss someone as irrelevant or not worth your time. Even if they can’t help you right now, you don’t know who they’re connected to or who they’ll eventually come across. I’ve had multiple job opportunities come to me because of someone’s recommendation or referral well after we were in touch. You just don’t know where a contact might lead.

I teach in my seminars something that rings true across presentations, pitches, and everyday interactions: tell, don’t sell. Rather than focus on what’s in it for you or how you can win a customer, be a resource. Find out what others need, and share how you can help them. I’m a big believer that when you give of yourself, you’ll be remembered and rewarded.

You’re a very extroverted person. Any speaking or presenting tips for people who are not so naturally confident?

[SS] In speaking or presenting situations, fear is oftentimes what holds us back. I like to say that fear is really False Evidence Appearing Real. If you tell yourself a situation is going to be bad, you’ll create a self-fulfilling prophecy. When I coach people, I lean on a technique I used when I was an occupational therapist called “worst case scenario.” Identify what’s the worst thing that could happen, and then what’s the likelihood of that actually happening. It helps people to think through that the outcome they’re afraid of is not very likely.

In my trainings, I flip that acronym for fear to Face Everything and Rise. If you only focus on the bad, the good gets pushed aside. If you look at things as an opportunity rather than a chore to dread, you can be the master of your own happiness.